Harborne Spotters has been setup by the people for the people. Harborne has a population of around 23,000 people It has a vibrant night life that attracts both professionals and students.

The pubs were judged on the following criteria pub atmosphere, decor, welcome, service, wi fi, community focus, quality of the beer and spirits.

The pubs were tested on several occasions over a 2 week period to ensure it was just not a one off experience which may bias the results.

The first pub which won the top award Harborne Stores which is located at 109 High St, Harborne, Birmingham B17 9NP.

The Harborne Stores is described as being Cosy tavern with etched glass and classic decor, plus weekend DJs, breakfast and classic pub grub.

You will find quiz nights on a Monday and Thursday at 8pm. On Friday, karaoke starts from 3pm-7pm followed by DJ at 7pm. On Saturday, DJ 7pm to midnight, attracting everyone from 18 to 80. 6 big screen tv’s also karaoke from 3pm on a Sunday. The

Harborne Stores has a nice bear garden and plenty of special offers on drinks 7 days a week.

The second pub is the Green Man which is located at 2 High St, Harborne, Birmingham B17 9NE.

The Green Man is described as traditional local boozer serving pub grub and a list of real ales that change with the season.

The Green Man has a large outside area and the food is a of a good quality with plenty of special offers available. Regular quizes held on Wednesdays and Sundays. It is considered by some to be ideally placed for the start of a pub crawl at the beginning of the High Street.

Other pubs that were close contenders were the

The Vine located at 310 High St, Harborne, Birmingham B17 9PU. It is a local for pub grub dining with a kids’ menu and weekday meal deals, plus sports TV and quiz nights.

The White Horse located at 2 York St, Harborne, Birmingham B17 0HG. It is a traditional community pub just off the High Street, it is a former Festival Alehouse with a long history of real ale. It brews as Ostlers Ales on the premises. There are also 4 rotating craft beers on key keg. Check what’s on in real time via the website Beerboard. Live music at the weekend, quizzes Tuesday & Thursday and SKY/BT sport shown.

The Junction located at 212 High St, Harborne, Birmingham B17 9PT. This distinctive Victorian building dominates the High Street. Constantly changing beer range of up to six ales and quality food is served from an open plan kitchen. Secluded beer garden at the rear. Quiz nights every Monday

Harborne Spotters will be announcing it restaurant awards in October 2020. 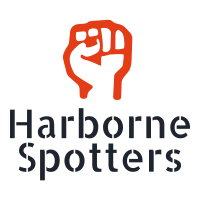 Harborne Spotters has been setup to provide the residents of Harborne with the lastest local information that they need to know in real time.